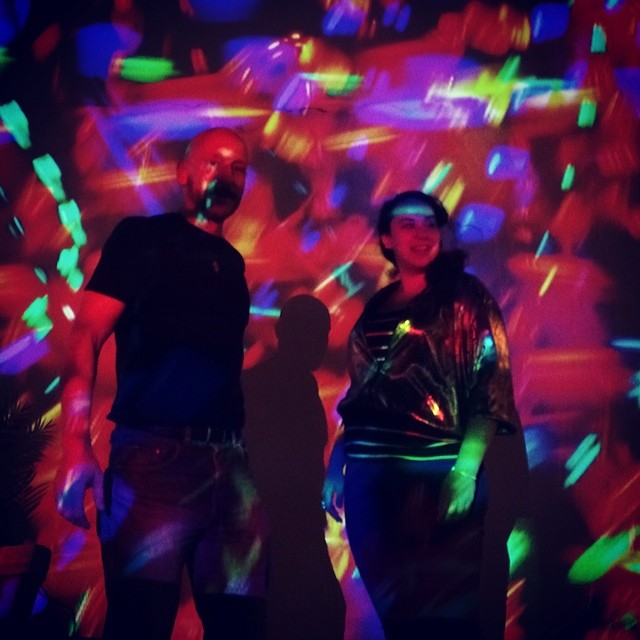 PETER ROGINA is an artist with roots in holography. He started making holograms with friend, Nick

Pollara, in 1987. Their works have been sold internationally, been on display in Santa Fe, NM, the Center for

the Holographic Arts in NYC, and numerous schools where Mr. Rogina speaks on the physics of holography.

Association Convention in Buffalo, NY, in Los Alamos, NM, and at the Museum of Natural History in

NYC, where his most recent showing was entitled, “3D China”. He has been a speaker on 3D at B&H Photo

Festival to the 3D Entertainment Summits in NYC and Hollywood. In 2010, he gave the keynote address

at the largest 3D conference in Europe entitled “Beyond 3D, The Next Medium”. He holds eight patents in

the field of immersive imaging and is a co-founder of Enchanted Glass Entertainment. Mr. Rogina’s light

photos have been featured in “IN New York” magazine, in PetaPixel, and shown at multiple Global Online

Art Exhibits, including galleries on light in Transmission and Reflection and Manipulated light. He has

Smolenski. His most recent and ongoing collaboration is with video artist Eileen Cohen, who he met at the

Flux Factory in Long Island City.  Their works have since been shown in 4 of the 5 NYC boroughs and 6 of 7

continents.  They were the invited artist for the NYC Opening Ceremonies of the United Nations International

Year of Light In 2015.  The New York Peace Coalition honored the pair with their “Outstanding Peacemaker

and other events.  Mr. Rogina is a frequent speaker on Peace Lights and has accepted the position of Director of

Relations at the New York Peace Coalition where he remains active in Peace Education and other initiatives.

EILEEN COHEN is an accomplished and award-winning artist, video artist/editor, animator, and colorist.  Her work on

ASPIREist helped garner 4 Eppy Awards.  She is a long-time member of “The Space”, a Long Island City-based

not-for-profit events group and Arts Collective. Her work has been seen regularly on networks such as HBO (VICE),

BET (Master of the Mix), MTV (VMA’s, InBetweeners), and others. She has also worked in film and has had screenings

at numerous film festivals as well as in music videos. She graduated from the Massachusetts College of Art where

she received Departmental Honors in Film/Video. She is an active alumnus who has also taught at the NY Film

Academy.  She has collaborated with Peter Rogina in Light Photo animation productions for the Holocenter

Gallery Farewell Extravaganza, on five occasions onto the front of the famed Cotton Club in NYC, Governors Island,

International Year of Light in 2015.  The New York Peace Coalition honored her with their “Outstanding Peacemaker

Leadership Award” for involvement in and efforts co-producing the Peace December Music Peace Marathon and other events.